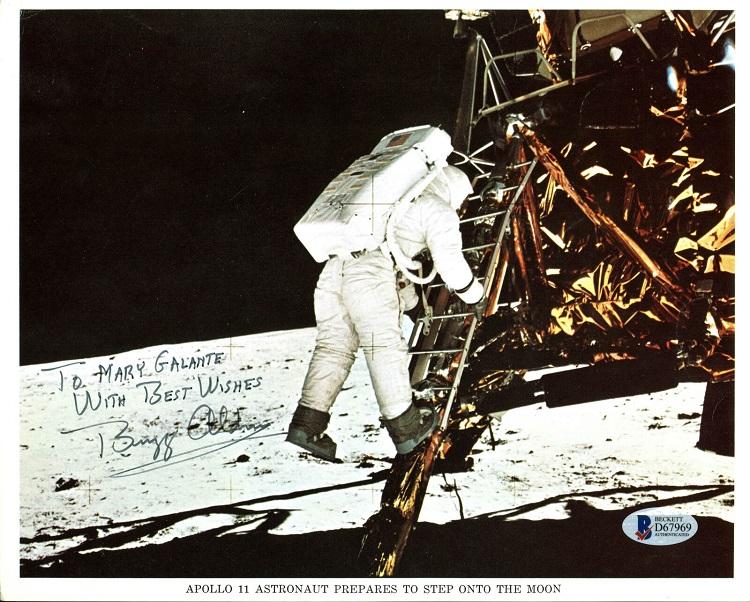 Saturday represents one of the most significant anniversaries in American history.

Fifty years ago, Apollo 11 successfully landed on the moon, a mankind first. Michael Collins, Buzz Aldrin and, of course, Neil Armstrong etched their names in world history when the latter two stepped foot on Earth’s most noteworthy satellite on July 20, 1969.

Collectors are often fans of history. Memorabilia can serve as a link between the past and present, thus it is always in demand. Armstrong (who uttered the famous words, “That’s one small step for (a) man … One giant leap for mankind” when touching foot on the moon’s surface) is up there with some of the most prominent figures in American history.

“Abraham Lincoln will always have significant value as will George Washington, and they will always be collectible for their contributions to society and their historical context,” said Steve Grad, Principal Authenticator at Beckett Authentication Services. “Neil Armstrong is in that group, as is Jackie Robinson and Babe Ruth.”

Grad, who can be seen on History’s “Pawn Stars,” added, “The Market is huge and remains huge for astronauts, especially the moonwalkers.”

Hard to put a price on a piece of recent American history.

“Neil Armstrong remains at the top of the list for most collectors and finding uninscribed Nasa photos of him can be quite a challenge,” Grad said. “Buzz Aldrin and Michael Collins are both still readily available in the marketplace and both are still alive, but Armstrong demands a premium, as he did when he was still alive.”

Armstrong, who died in 2012, was not in the limelight much after returning from the moon. He became a professor at the University of Cincinnati and made only purposeful public appearances. Because of this, his autograph market has always been high on the demand side and low on the supply side.

Outside of pictures, Grad has come across several authentic items related to that historic time.

“I’ve seen some neat Apollo 11 signed items, mostly signed Insurance Covers they did while they were held in quarantine after they returned from their trip,” Grad said. “I’ve also seen some very cool space flown items, like flags, and watches and those are always nice to see in person.” 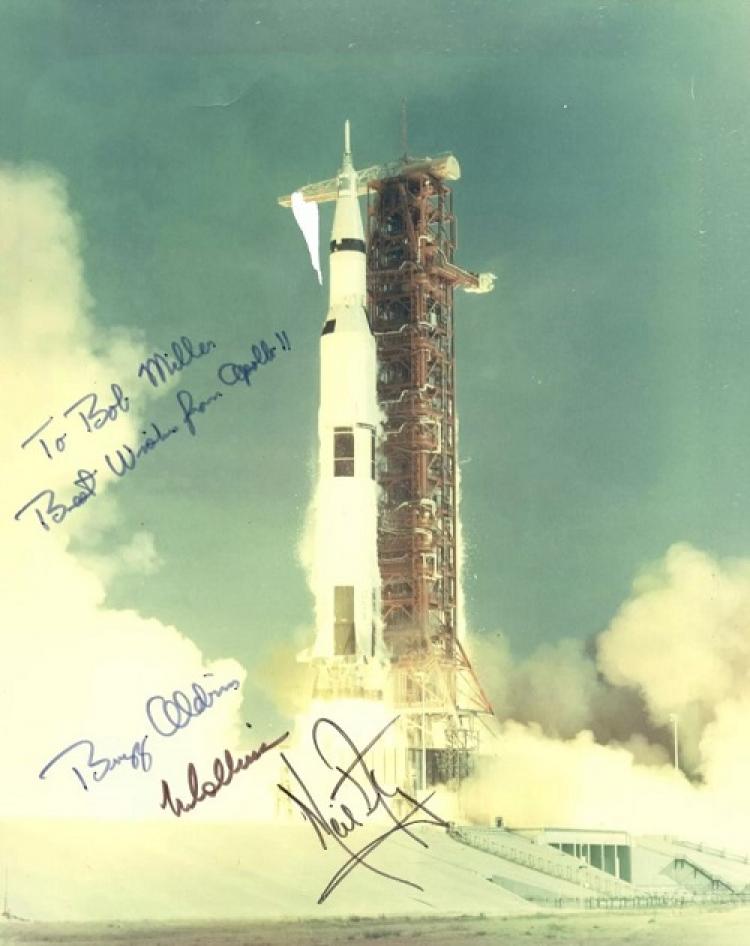 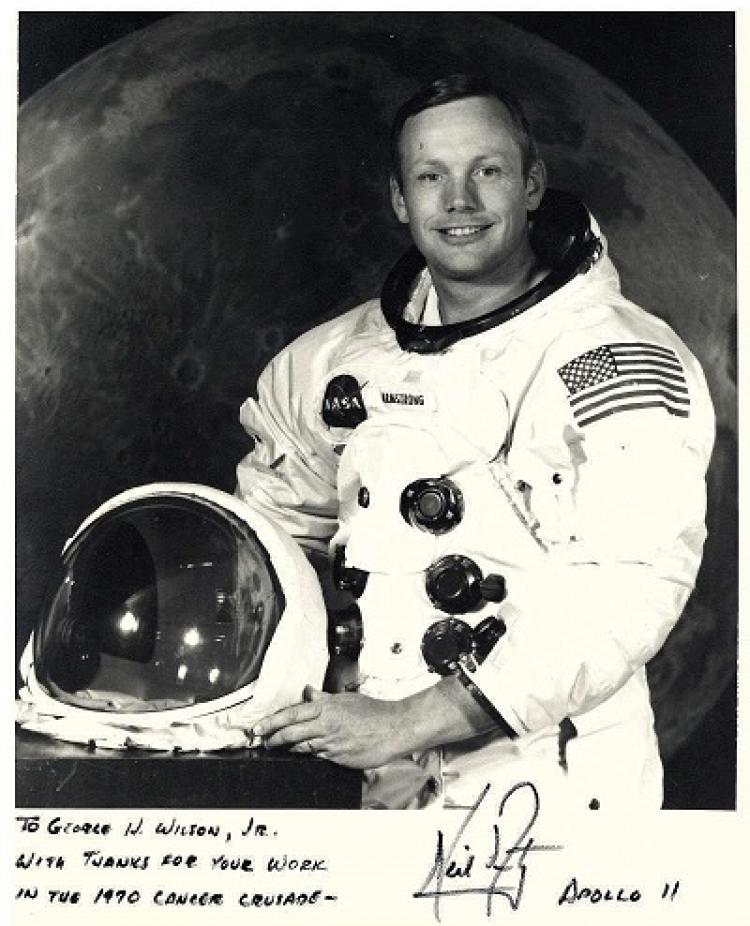 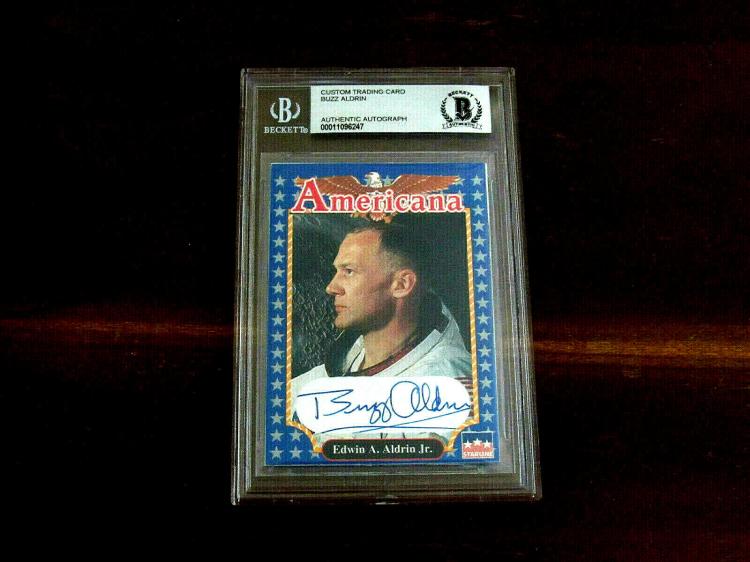 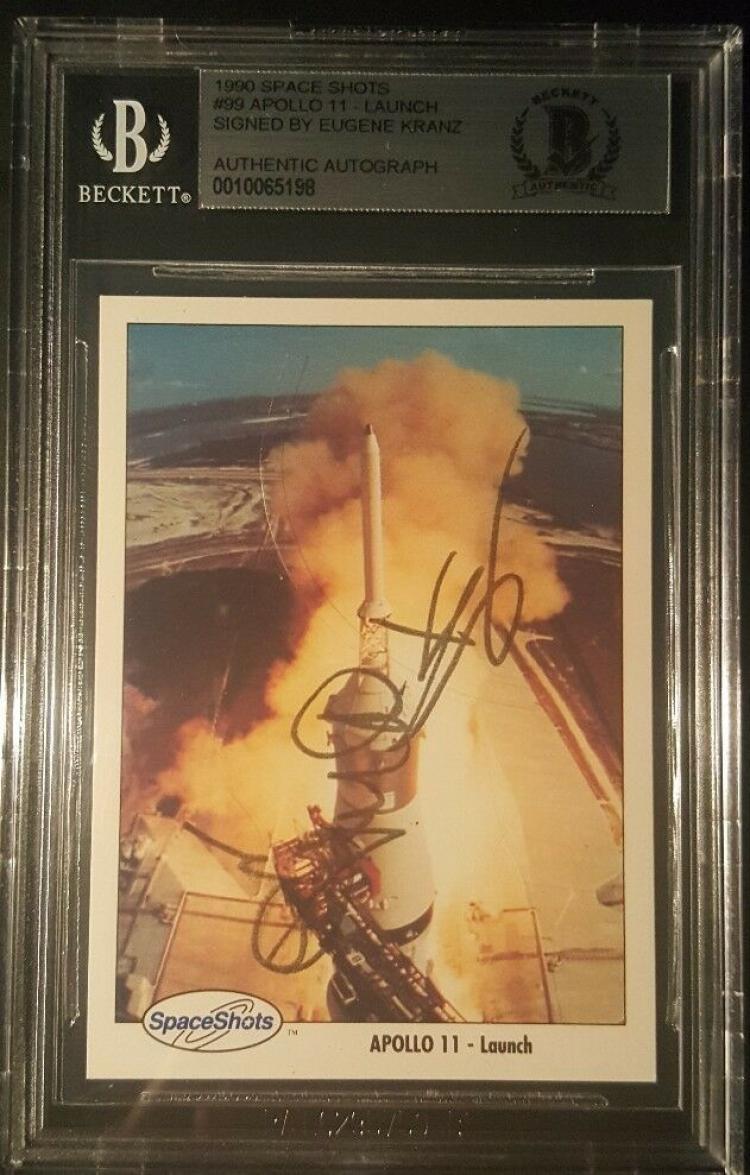